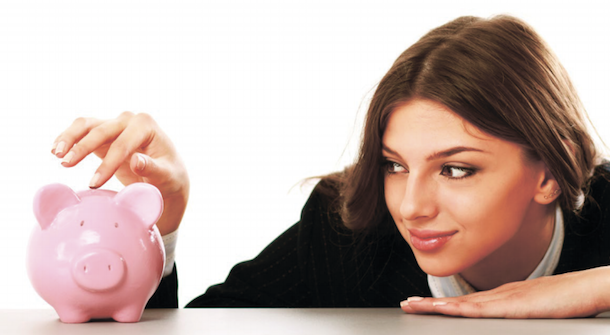 As the tax deadline of October 31st approaches, we’re being asked a lot of questions here in our HQ in Dundalk. So many in fact that we thought we’d put our most frequently asked ones all in the one article…

Q. What is the big advantage of paying my pension contribution before the tax deadline?

A. There are two big advantages. Firstly the contribution may be charged against your income tax bill for 2016. This is a final opportunity to reduce last year’s tax bill. If you don’t avail of this opportunity before the tax deadline, then you may have paid more tax than you need have paid for 2016 and you have missed your last chance to get this tax back or reduce the income tax you are about to pay.

Q. I’m self-employed and making my 2016 Income tax return online using the Revenue Online Service (ROS). What must I do to ensure I get tax relief on my pension contribution for 2016?

Q. I’m a PAYE employee and have no pension scheme. What significance has the tax deadline for me?

A. Assuming you were in this PAYE employment for the 2016 income tax year and assuming you had an income tax liability which has been paid, you can now start, if you a wish, a Personal Pension or Personal Retirement Savings Account (PRSA) before the tax filing date for 2016.  You may then elect to claim the tax deduction attaching to this contribution against your 2016 tax bill. This means that you have a final chance to claim a rebate of the part of the PAYE you paid in 2017. To claim this rebate you must ensure that you both pay the premium before the deadline (October 31st)  and make a written election to your income tax office to claim the relief for 2016 before 31st October 2017.   To make the claim for a tax rebate on the backdated pension contribution you must submit proof of payment (RAC cert or PRSA cert); proof you advised the tax office in writing before 31st October that you wished to backdate it to 2016 along with your P60 for the 2016 tax year.

Q. I’m a private sector PAYE employee and a member of my company’s staff pension scheme. (This was also the case for 2016) What relevance has the tax deadline for me?

A. If you did not use up your full pension contribution for last year, then you have a last chance to make an additional pension contribution before the tax deadline to use up your full 2016 allowance. For example, if you are aged 35 and earned €50,000 salary in 2016, then your pension allowance for 2016 was 20% x Salary = €10,000. Let’s assume you already paid ordinary pension contributions of 4% of salary (€2,000) during 2016 then you have €8,000 in unused pension tax allowances. If you now pay up to €8,000 as an additional voluntary contribution before the tax deadline for 2016 and elect in writing to your income tax office before the same date, you may claim an income tax rebate for 2016 in respect of this payment.  Payment of the pension contribution can be made to an Additional Voluntary Contribution (AVC) scheme, AVC Personal retirement Savings Account (AVC PRSA) and sometimes it can be made to the main scheme. (You should check this with the trustees or your pension consultant) To make the claim for a tax rebate on the backdated AVC pension contribution you must submit proof of payment (AVC PRSA cert or a receipt from the trustees), proof that you advised the tax office before 31st October that you wished to backdate it 2016 along with your P60 for the 2016 income tax year.

Q. I’m a public servant and a member of my Departments Statutory Superannuation Scheme. What relevance has the tax deadline for me?

A. Again, if you did not use up your full pension contribution for last year then you have a last chance to make an additional pension contribution before the tax deadline to use up your full 2016 allowance. For example, if you are aged 45 and earned €60,000 salary in 2016, then your pension allowance for 2016 was 25% x salary = €15,000. Let’s assume you already paid superannuation and spouses & children’s contributions of 6.5% x salary (€3,900) during 2016 then you have €11,100 in unused pension tax allowances. If you now pay up to €11,100 as an additional voluntary contribution to your own AVC PRSA plan or to your Employer authorised Group AVC plan before the tax deadline and elect in writing to the income tax office before the same date you may claim a tax rebate in respect of this payment. To max a claim for a tax rebate on the backdated AVC pension contribution you must submit proof of payment (AVC, PRSA cert or a receipt from the trustees), proof that you advised the tax office before October 31st that you wished to backdate along with your P60 for the 2016 income tax year.

Q. I’m a company director with my own director’s pension plan funded by my company. Can my company make a further contribution now before the tax deadline to reduce my personal income tax bill for 2016? 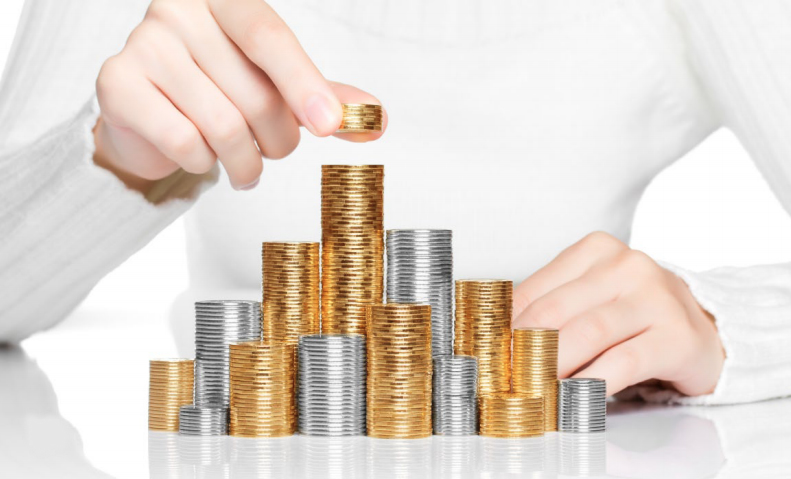 Q. What happens if I end up having paid and claimed more than my allowable pension tax relief limit for 2016?

A. The amount paid and claimed in excess of the relevant % allowable may be carried forward to 2017 and claimed as an allowable contribution for 2017 assuming no changes are introduced in the 2018 budget and assuming your income for 2017 is deemed to be ‘earned’ income under Schedule D case 1 & 2 or Schedule E.

Q. If I make a successful claim for 2016 tax relief in respect of a pension contribution paid before the October 2017 tax deadline, may I also claim a rebate of PRSI /USC relevant to that contribution as well?

A. No. There is no relief against PRSI and USC for personal pension contributions for anybody.

Q. I changed jobs during 2017 leaving a job where I was a member of an occupational pension scheme.  I did not use my full pension allowance last year. Can I now backdate an AVC to 2016 and claim back the income tax relief?

Q. I retired from my employment in 2017 but did not use up my full pension allowance for 2016. I would now like to backdate an AVC for 2016 when I was still in employment. Can I do this?

Q. I am a sole trader and employed my wife in the business in 2017. Can I backdate a pension contribution to 2016 for her as I am already up to the maximum contribution for myself?

Q. I am also finalising my Capital Gains Tax liability for 2016. Can I reduce or eliminate this with a pension contribution?

A. No. It is only allowable to claim income tax relief on a pension contribution

Q. I would like to backdate a pension contribution, claim the income tax relief on the portion which attracts 40% relief and carry forward the balance as I’m not that interested in 20% tax relief. Can I do this?

A. No. Once a pension contribution is made, the full relief is applied to this contribution up to your tax relief limit (as set out above) regardless of how much is relieved at 20% or 40%. 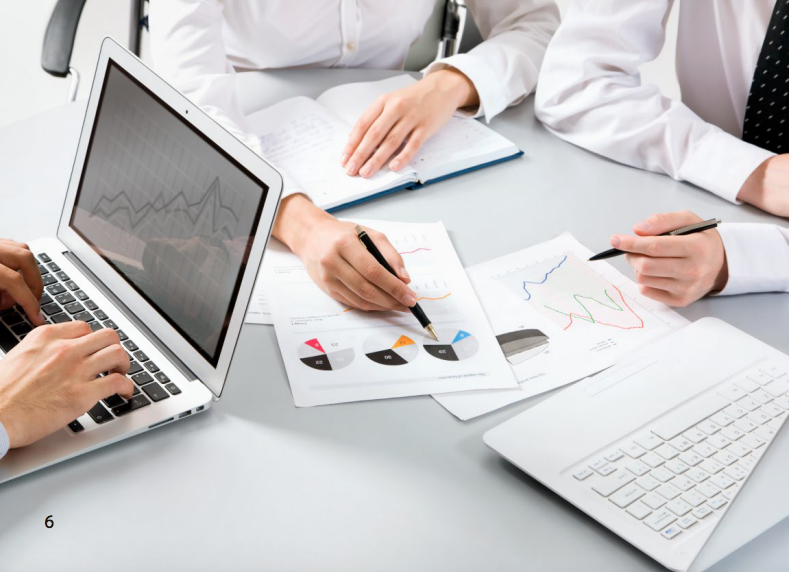 Q. I have money in my personal bank account. Should I invest this in my pension?

A. Firstly you need to seek advice on whether this is in your best interest or not.  Regardless of where your pension contribution comes from, you income tax relief is limited of a fixed percentage of your net relevant earnings. You will also not be able to access your pension fund until you retire , so any of this money that may be required as an emergency or for short or medium term purposes would be inaccessible in most cases unless you are over 60 in which case access may be possible depending on the type of pension you have. Obtaining financial advice is paramount here.

Q. I am a medical consultant with HSE income which is pensioned via a Defined Benefits pension scheme with a mandatory member contribution but I also have private practice income which I would like to pension via a Personal Pension. How is the earnings cap apportioned between these two incomes?

A. The Revenue Commissioner’s rule is that the income already pensioned which has a mandatory member contribution must firstly be deducted from the earnings cap of €115,000 to determine if it is possible to pension any of the private practice via a Personal Pension.  For example, let’s say your HSE gross salary is €100,000 and your private practice net relevant earnings are €50,000. As the HSE income must be deducted from the earnings cap first, this means you are only allowed to pension €15,000 (€115,000 – €100,000) of the private practice income.  This means that if you are in your forties in 2016 your maximum contribution to a Personal Pension is €3,750 (€15,000 X 25%). You can, of course, backdate a voluntary pension contribution to 2016 in respect of the HSE pension scheme of 25% of the 2016 gross salary of €100,000 minus whatever member contributions have already been made to the main scheme for 2016. (This example assumes the Standard Fund Threshold will not be breached at any time up to and including Normal Retirement Age).

Q. I am a General practitioner with both GMS income and private practice income. As I am a member of the GMS pension scheme, how do I apportion the earnings cap of €115,000 and calculate my maximum backdated pension contributions?

A. Even though your GMS (General Medical Card Scheme) income is treated for income tax purposes as Schedule D income, the GMS Pension Scheme is actually approved as an occupational pension scheme with a mandatory member pension contribution and as such, the GMS income must be deducted from the earnings cap to determine if any of the private practice income can be pensioned. The calculation is identical to the HSE pension calculation mentioned above and similar to the HSE example, Additional Voluntary Contributions can be made in respect of the GMS income subject to the usual limits.

An individual will get income tax relief on their pension contributions up to an annual limit related to their age and net relevant earnings subject to an earnings cap of €115,000.

Income tax relief is given at the individual’s marginal rate. There is no relief against PRSI or the USC.

Retirement Lump Sum Option:
25% of the value of the fund can be taken as a retirement lump sum.

Balance of the Fund:
With the balance of the fund the individual has the following options:
– Purchase an annuity
– Invest in an ARF
– Take as taxable cash

This article does not constitute advice.
Independence advice should be sought at all times.

← 10 reasons why you should have a pension (previous entry)
(next entry) Budget 2018: Looking to the future →
© Copyright - Cathedral Financial Consultants Ltd<
By continuing to use the site, you agree to the use of cookies. For more information, see our Privacy Notice Accept
Privacy & Cookies Policy
Necessary Always Enabled