Budget 2018: Looking to the future 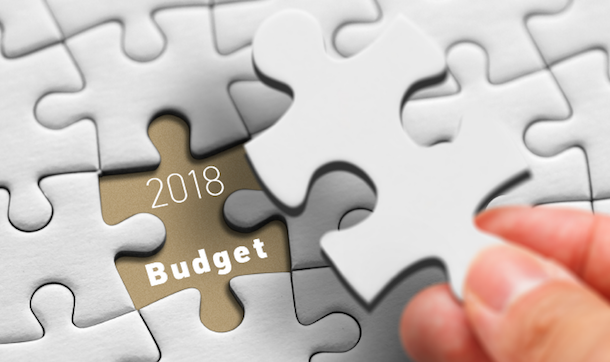 Middle-income earners and two-income families were the main, albeit modest, beneficiaries of Budget 2018 with a combination of USC cuts and a widening of the top income tax band likely to deliver an increase just under 1 % in average take-home pay.

In his first Budget, Minister for Finance Paschal Donohoe also announced a raft of measures to tackle the housing crisis, including a new State-run lending vehicle to get builders on to sites, a doubling of the proposed vacant site tax levy and a bigger capital allocation for social housing.

The biggest revenue-raising measure and the one that drew the ire of the building lobby was a trebling of stamp duty on commercial property transactions from 2% to 6%, which is expected to net the exchequer nearly €400 million a year.

As expected, Mr Donohoe’s tax measures centred on cuts to the USC, which benefitted anyone earning more than €13,000 a year, the income limit at which people are liable for the charge. He also increased the earned income credit for the self – employed by €200 to €1,150, falling well short of PAYE parity of €1,650.

• €680 million in extra funding, bringing total funding to €15.3 billion for 2018
• Extra 1,800 frontline staff across acute, mental health, primary and disability sectors
• €90 million for a new Access Plan to help patients get the most appropriate care
• €55 million will go to the National Treatment Purchase Fund

• €2.5 million for the Irish language and the Gaeltacht
• €111 million capital is being provided for sport next year

• Increase in funding of €64 million for Agriculture, to a total of €1.5 billion in 2018
• €25 million loan scheme for the agri-food sector dealing with Brexit
• Stamp duty relief of 1% for inter-family farm transfers for another three years
• Rural Affairs budget increased to €19 million for Sustainable Rural Development

• Stamp duty on commercial property sales is to increase from 2% to 6%
• Vacant site levy increase from 3% to 7%
• CGT relief reduced from 7 to 4 years
• €750 million made available from the ISIF to fund commercial investment in housing via a new vehicle, Home Building Finance Ireland

• An additional €20 million allocation will support a range of childcare measures
• Family income supplement threshold rising by 10% for families with three children
• Tusla’s budget will rise by €40 million to €754 million supporting the introduction of mandatory reporting under Children First Act
• Extended free pre-school programme to be extended from September 2018, to give two year service

• Earned Income Tax Credit increased by €200 to €1,150 per annum
• Capital Gains Tax reduced to 10% when selling a company, limited to €1 million
• Brexit loan scheme of up to €300 million, at competitive rates, including food businesses
• €871 million total budget for Enterprise, to allow 40 more staff to be recruited
• Keep Employee Engagement Programme targeting key workers with tax breaks on share options

• €1.83 billion for housing
• 3,800 new social homes will be built next year
• Housing assistance payment will rise by €149 million
• €116 million for homeless and emergency accommodation services 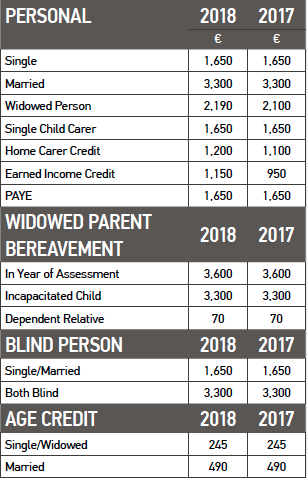 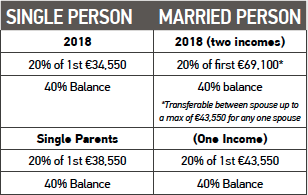 Please note that this Budget Briefing is merely a general guide and should not be used as a substitute for professional financial advice.

Decision making should be based on sound professional advice, taking into account your individual circumstances. While we have made every effort to ensure the accuracy of this Budget Briefing, we do not take any responsibility or liability for any omissions or errors, losses or injuries cause.

← Pensions and tax relief – your questions answered before the 2017 Tax Deadline (previous entry)
(next entry) What are your obligations as an employer regarding Personal Retirement Savings Accounts (PRSA)? →
© Copyright - Cathedral Financial Consultants Ltd<
By continuing to use the site, you agree to the use of cookies. For more information, see our Privacy Notice Accept
Privacy & Cookies Policy
Necessary Always Enabled