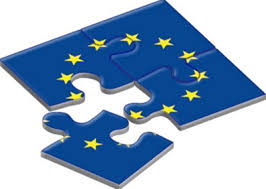 In our latest Business Briefs roundup, we look at the benefits of closer integration, the threat of Brexit, optimistic trade outlooks and more.

Ireland is joining with three other small European Union members to carry out a study of the potential economic benefits of closer integration of the single market for services. The Government has teamed Ireland up with Denmark, Finland and the Czech Republic to examine the benefits of greater liberalisation in cross-border service provision. Services account for 70pc of the size of the European Union economy and for a similar share of jobs. But only a fifth of services, representing around 5pc of the overall EU economy are actually provided across borders, according to data provided by the European Parliament. That’s in marked contrast to manufactured goods, such as cars – which are sold all over the EU by the same manufacturers.

A briefing note provided to the parliament in 2016 noted that further integration of services would bring about significant economic gains, but that many obstacles to greater integration persist, including differing regulation of services across member states, such as the rules to recognise lawyers or pharmacists. The Department of Business, Enterprise and Innovation in Dublin said that the single market aims to confer on European businesses and citizens the benefits of four freedoms – free movement of goods, services, capital, and people. But it added that even after 25 years, there is still work to be done on fully realising free movement of services.

‘‘Deepening mutual access to member states’ respective markets for European firms is aligned to the broader access to trading opportunities that is facilitated by the EU’s suite of market-opening and comprehensive preferential Free Trade Agreements (FTAs), and to Europe’s competitiveness as a trading bloc in these integrated global markets,’’ the department said, in a tender document outlining its request for a consultancy to carry out the study. ‘‘Indeed, some evidence suggests that it may be easier for EU companies to buy or sell services with third countries under these FTAs than to trade in services with another EU member state.’’

A spokesman told the Irish Independent that given that 2018 is the 25th anniversary of the single market, it is an appropriate time to carry out the study. It said Ireland and the other three countries work together as part of a range of ‘‘like-minded’’ groups of states on single market issues. ‘‘The four sponsoring member states have a shared objective of making it easier to trade in services within the single market,’’ the spokesman added.

The department also said that, while there have been previous studies which have sought to demonstrate the economic benefits that can flow from a greater liberalisation in cross-border service provision within the EU, the existing evidence has not so far been persuasive in bringing about a far greater level of freedom in the EU services market.‘‘Many restrictions, both administrative and, more significantly, regulatory, remain,’’ the department noted. ‘‘Yet, on the other hand, the EU is seeking to make progress in meeting the competitiveness challenge across a suite of crucial emerging policy domains – including most notably digital, innovation, manufacturing, and industrial strategy.’’

The Government separately announced a week ago that it was aligning itself with a group of eight small and medium EU countries – which includes non-euro members Denmark and Sweden, as well as the Netherlands, one of the founding states of the EU’s predecessor – cautious about further plans for deepening eurozone integration. In a joint statement, they said there are economically liberal and open but want more power retained at a national level.

FIRMS AFFECTED BY THE LOOMING BREXIT CAN AVAIL OF LOANS UP TO €1.5M AT RATES OF 4PC OR LESS

In preparing businesses for the upheavals to be caused by Britain’s departure from the EU, Ireland has created a €300m loan scheme. The Brexit Loan Scheme has the potential to help more than 5,000 businesses impacted by Brexit to prepare. It will be open to eligible businesses with up to 499 employees from today (28 March).The loan scheme, which will be open through Bank of Ireland and Ulster Bank, with AIB following in June, will provide loans of up to €1.5m at a rate of 4pc or less. The scheme is being delivered in a partnership between the Government of Ireland, the European Investment Bank and the European Commission (EC).

Through this, the €23m secured in Budget 2018 can be leveraged to provide €300m to Irish businesses affected by Brexit. The Department of Agriculture, Food and the Marine’s share of funding ensures that at least 40pc of the fund will be available to food businesses.“Coming from a business background, I am acutely aware of the challenges that Brexit poses to firms,” Humphreys said. “This €300m Brexit Loan Scheme is one of a number of supports that the Government has put in place to help companies prepare. “The scheme will provide much-needed finance to eligible business impacted by the UK’s decision to leave the European Union. I am confident that it will make a real difference to firms, enabling them to adapt, change and innovate. “This, in turn, will help them to become more competitive – a fundamental trait in any resilient business,” Humphreys added.

Irish businesses say that they are optimistic about their trade outlook over the coming months, however they remain worried about Brexit. This is according to a new report from HSBC, ‘‘Navigator: Now, next and how for business.’’ The report, which combines an economic forecast of medium to long-term bilateral trade and a global survey gauging business sentiment, found that of the Irish businesses surveyed, 71pc say expecting an increase in their trade volumes over the next 12 months, largely being driven by a favourable economic environment and increasing demand for individual products. However, three in four businesses say that they are worried about the negative impact Brexit may have on their business.

‘‘The latest Navigator report shows that while Irish exporters are unsurprisingly negative about the UK’s departure from the EU, they are optimistic about the outlook for trade with the UK,’’ Alan Duffy, HSBC Ireland chief executive, said.’’Irish businesses are set to continue diversifying their global trading links with emerging economies, with the markets once again identified as being of most importance in driving export growth, with sales to China, India and the UAE all set to rise.’’

Despite concerns from businesses around Brexit, the report findings identify the UK as the top growth market for Irish firms followed by the US and Germany. Meanwhile, the report predicts that the top destinations for export sales growth for Irish companies will be dominated by emerging economies. Sales to China, India and the UAE are forecast to rise by 6-8pc per year from 2021-2030, with the top 10 export destinations for Ireland also including several advanced economies such as Singapore and Canada, according to the report. Over 120 Irish companies were surveyed as part of the report, all of whom trade internationally.

Enterprise Ireland is to provide funding for early-stage start-ups established by graduates working across a number of technology subsectors, including cloud computing, software-as-a-service, enterprise software, cleantech, gaming, mobile and apps. Under the organisation’s €500,000 competitive start fund, Enterprise Ireland will provide up to €50,000 in equity funding for a 10 percent stake in start-ups run by graduates. Applications for funding open on Tuesday, April 10th, and close two weeks later. In addition to written online applications, companies will be expected to deliver an online video pitch for the judges.

“Entrepreneurship can be embarked upon at different stages of life and there are real opportunities right now in Ireland for graduates to travel the exciting journey of starting a high-potential business. Graduate entrepreneurs can sometimes be overlooked; however, we understand the value in their ideas and their businesses to the start-up ecosystem,” said Sarita Johnston of Enterprise Ireland. “This competitive start fund call is a kick-start for innovative early-stage companies led by graduates to get off the ground while receiving a critical funding boost of up to €50,000,” she added.

← 10 reasons why pensions make sense (previous entry)
(next entry) Resignation Etiquitte – 5 ways to leave your job the right way →
© Copyright - Cathedral Financial Consultants Ltd<
By continuing to use the site, you agree to the use of cookies. For more information, see our Privacy Notice Accept
Privacy & Cookies Policy
Necessary Always Enabled