Are we heading towards a Global Financial Crisis 2.0? 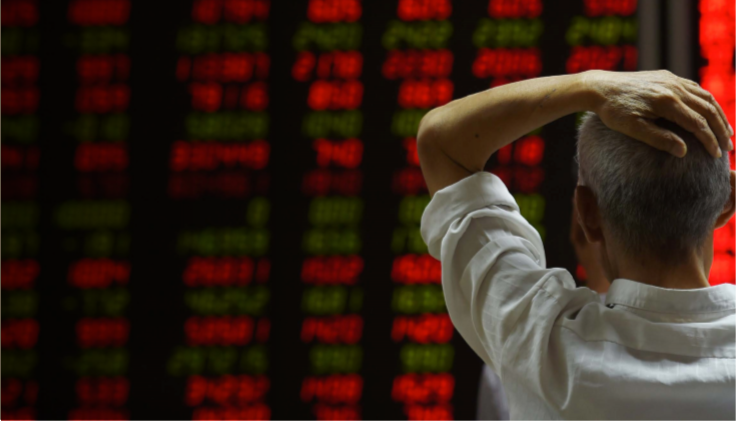 Since the onset of the Global Financial Crisis (GFC) ten years ago, academics, and regulatory bodies’ analysts have repeatedly highlighted the changing patterns in historical evidence relating to financial crises. The two key changes identified in the growing body of empirical research point to two trends: firstly, the financial crises are now happening with higher frequency; and, secondly, each consecutive crisis has been marked by an increasing economic disruption associated with it.

Data from the historical crises since the abandonment of the gold standard also shows that financial crises are commonly preceded by the build-up in leverage and imbalances in asset markets valuations and in the real economy, or, using more common language, by asset bubbles, linked to less liquid asset classes with more concentrated risk exposures, and the rising share of economic growth funded by credit creation. In this sense, all evidence to-date points to a substantial rise in the probability of the next financial crisis in the global markets since 2015-2016.

Firstly, following the troughs of the GFC 2008 and the subsequent Great Recession, the U.S. equity markets have rallied some 210 percent (if measured by the S&P 500 index), while other developed markets (excluding the U.S.) are up 70 percent, as reflected in the MSCI EAFE index. U.S. Aggregate Bond Index data from Barclays shows corporate bond valuations that are 45 percent higher than in September 2018, with Bloomberg Barclays U.S. High Yield index showing junk bonds’ yields down 690 basis points. These valuations across the major asset classes are underpinned by three key factors: the unprecedented expansion of the Central Banks’ balance sheets; the increasingly complex and tightly coupled connections between the corporate credit markets and equity markets; plus, the rising risk of market concentration in equities. And, across the global economy, credit-linked growth has outpaced productivity-linked output expansion two to one since the end of the GFC.

Consider the three factors pushing the world toward a new financial crisis, first.

In decade since the depths of the GFC in September 2008, the combined balance sheets of the U.S. Fed, the ECB, the Bank of Japan and the People’s Bank of China rose from USD7.7 trillion to USD19.8 trillion, an increase of 156 percent. Much of this liquidity went to fund sovereign debt purchases. But, these funds also supported to the downside the cost of corporate debt. As the result, levels of the U.S. corporate debt shot up from the pre-GFC peak of USD6.5 trillion to USD 9 trillion today. Moody’s seasoned Aaa Corporate debt yields have fallen from around 580 bps average for 2002-2007 to below 390 bps average over 2016-present. Speculative grade corporate debt now accounts for well above 60 percent of all new debt issuance over the last 5 years. Covenant-light share of outstanding U.S. leveraged loans shot up from roughly 67 percent mid-2015 to over 77 percent in mind-2018, according to the S&P Global market Intelligence data. Bloomberg data shows that U.S. leveraged loans issuance is now at a new record high, up from USD355 billion in 207 (previous historical high) to over USD360 billion. From 2011 through September 2018, more than USD1,975 billion of leveraged loans have been issued by the U.S. corporates, more than in the entire decade prior to the Global Financial Crisis.

With easy risk pricing, underlying quality of new credit is slowly decaying as well. The Bank for International Settlements index of ‘zombie’ firms – tracking mature companies with EBITDA below debt-servicing costs, shows a five-fold increase in latent corporate insolvencies since 1985. Much of this increase is accounted for by the smaller firms, with some concentration in high leverage sectors, such as energy, oil and gas, and others. However, the index does not track the unicorn start-ups in the tech sector that have material presence in today’s credit markets.

In simple terms, the post-GFC quantitative easing programs deployed by the major Central Banks have delivered a massive credit and equity boom, in line with the dynamics of the preGFC risk mispricing, and consistent with the traditional precrisis risk build up dynamics.

The above also hints at the tighter coupling of debt and equity markets risks. Ultra cheap credit available to corporate borrowers has fuelled more than a simple rise in equity returns performance that can be attributed to lower credit costs. Instead, the credit boom fuelled a massive shares buy-backs binge by the major corporations. Dividends and net buybacks have soared from the average of 0.023 percent of the U.S. GDP over 985-2005 period to nearly 0.05 percent in 20102018. Fuelled by the Trump Administration’s 207 tax cuts, the first 6 months of 2018, payouts as a percentage of GDP rose to 0.058 percent, more than two and half times higher than in the decades preceding the GFC. Per research note published by U.S. Fed last month, ‘‘In dollar terms, buybacks increased from $23 billion in 2017:Q4 to $55 billion in 2018:Q1.’’ Worse: ‘‘among the top 15 cash holders, the largest holders accounted for the bulk of the share repurchases: In 2018:Q1, the top 5 cash holders accounted for 66 percent, and the top holder alone accounted for 41 percent.’’ And, based on data from S&P, buybacks are accelerating in 1H 2018, with 2Q 2018 marking an absolute historical high at USD 1.0803 trillion (annualized rate) of shares buybacks.

The U.S. and other advanced economies equity markets are becoming increasingly concentrated. Total Gross Issuance of Stocks, net of S&P500 shares buybacks has fallen from the 1999-2004 average of near-zero to a negative USD600 billion mid-2018, based on the data compiled by Yardeni Research. Looking at the changes in the market cap of 35 largest publicly listed companies since 2012, Facebook accounts for 56 percent of stock markets gains, followed by Alibaba (29%) and Square (3%). High risk M&A activities – also driven by low credit costs – is further exacerbating the problem: per FactSet, ‘’the first half of 2018 has reported the second-highest level of deals valued over $1 billion with 200 deals; the highest level was attained in the first half of 2007 with 210 deals. It is also worth noting that [since] 2013, …there have been over 100 billion-dollar deals in each half-year. Even in the run-up to the financial crisis the streak was only three years (2005 to 2007). And to help complete the pattern, the dot-com boom had a similar threeyear streak of 100 billion-dollar deals in each half-year from 1998 to 2000.’’ 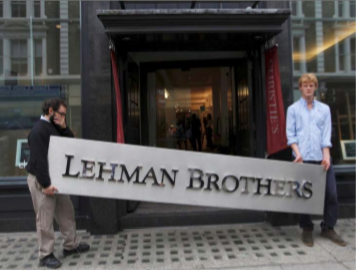 In simple terms, lax credit conditions, cheap cost of debt and reckless chasing of yields by the corporates, fuelled by the unprecedented money printing by the Central Banks over the period post-GFC has now inflated asset markets bubbles well beyond the risk levels seen in the run up to the last crisis. Today, virtually all financial markets are more reckless at mispricing financial and strategic risks and uncertainties, more concentrated and complex in terms of contagion pathways, and exhibit more ambiguity and complacency in investors’ perceptions of the core risk dynamics than at any time in living memory. Unlike the dot.com bubble and just as at the time of the onset of the GFC, we are in an explosive VUCA environment of heightened volatility, uncertainty, complexity and ambiguity – the environment that has served as the basis for every single one of the past major financial crises.

CREDIT AND THE REAL ECONOMY

Recent study, published by the National Bureau of Economic Research, authored by Stephen Cecchetti and Enisse Kharroubi, explored the negative relationship between the rate of growth in credit and the rate of growth in output per worker. In other words, the adverse impact of credit creation on labour productivity. The authors used a panel of 20 countries over 25 years, to show that the higher the growth rate of credit, the lower the growth rate of output per worker. They show that, as the levels of borrowing in the economy expand, companies turn to safer, lower return projects. This reduces aggregate productivity growth. This effect is more severe in industries that have either less tangible assets or are more R&D intensive, or out differently, in the more modern sectors of the economy.

This view of the harmful effects of credit on economic activity is currently being priced into the economists’ forecasts for the next economic downturn. Even the IMF, a stubbornly optimistic forecaster of global growth rates, has recently revised it’s outlook for the global economic growth for 2019-2023 from an average of more than 3.77 percent per annum forecast in April 2018, to 3.625 percent last month. The cumulative forecast slowdown over the next 5 years implied by the IMF figures is now around 0.85 percentage points, or USD721 billion in current 2018 US dollars terms. Remember, this is the optimistic view that allows for virtually no chance of a recession any time between now and the end of 2023, the same as it allowed for no recession any time between 2007 and 2011 in the pre-GFC forecasts.

Other analysts, less optimistic than the IMF, are now predicting a U.S. recession around 2H 2020, followed by negative growth hitting Europe around 1H 2021. Japan, a poster-child of monetary activism, is perpetually teetering on the edge of the next economic downturn, while other parts of the advanced economies club, Canada and Australia, are staring at the historically unprecedented risks of housing and financial assets bubbles that rival pre-2007 U.S. and European excesses.

While the large scale, systemic blowout in the financial markets is no longer a prospect worth doubting, the timing of the next market collapse is much harder to predict. Thanks to the very cautious tightening of monetary policies, to-date, credit carry costs remain benign even for the financially fragile companies. And the recent experience with quantitative easing suggests that the central banks have acquired a virtually limitless willingness to continue underwriting fiscal and corporate recklessness into the future. 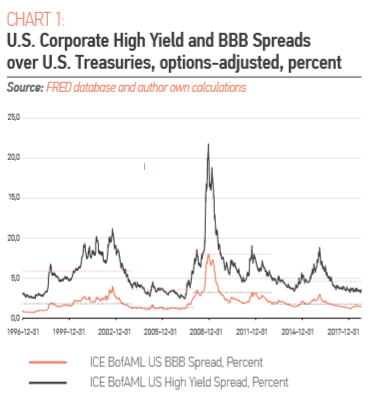 Cyclically, the U.S. economy (as well as that of the EU) is overdue a recession. Consensus amongst macroeconomic analysts suggests a spike in probability of the next downturn around late-2020. It is highly likely that, given current forward guidance, the recession can arrive earlier, around the end of 2019-start of 2020, triggering a large downward correction in the financial markets. Unless, of course, a different shock, arising from the ongoing problems in the financial and real economies across the emerging markets and China, leads us into a global downturn ahead of the U.S. and the European one.

Timing is a precarious game of guesses and ambiguity-rich analytical forecasts. That said, the fundamentals are ripe for a Global Financial Crisis 2.0. History tells us, it is likely to be more painful than the previous one.

This economic outlook is provided by Dr Constantin Gurdgiev who is the Adjunct Assistant Professor of Finance with Trinity College, Dublin and serves as a co-founder and a Director of the Irish Mortgage Holders Organisation Ltd and the Chairman of Ireland Russia Business Association.

← 9 simple steps to help you save money (previous entry)
(next entry) No-Deal BREXIT: What it would mean for Ireland? →
© Copyright - Cathedral Financial Consultants Ltd<
By continuing to use the site, you agree to the use of cookies. For more information, see our Privacy Notice Accept
Privacy & Cookies Policy
Necessary Always Enabled