No-Deal BREXIT: What it would mean for Ireland? 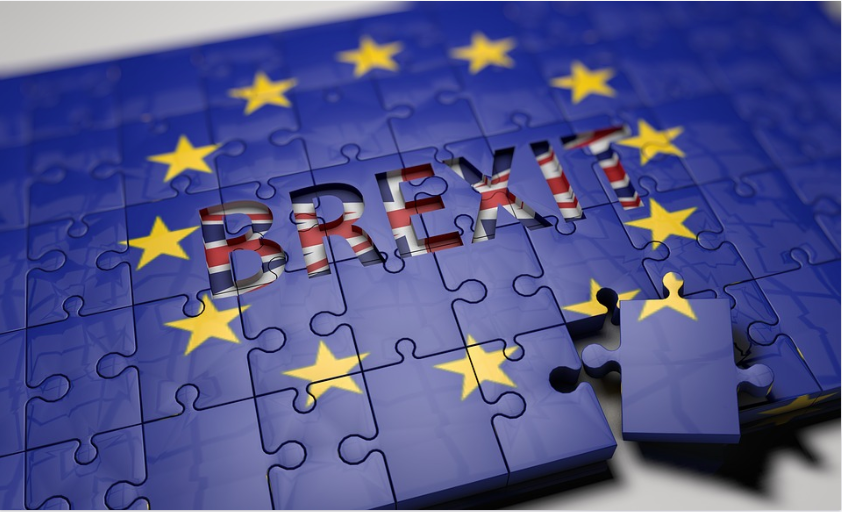 According to Donald Tusk a no-deal Brexit is ‘more likely than ever’, and it could have devastating consequences.

If the United Kingdom leaves the European Union without concluding a withdrawal agreement, iit will be considered a no-deal withdrawal agreement. Currently, an agreement is being negotiated. Agreement has been reached on most of the pressing issues, except for the Irish Border backstop. The EU is demanding a legal guarantee that a hard Irish Border will not return after Brexit, regardless of what transpires from the negotiations.

If a withdrawal agreement is signed, a transition period will commence starting at the end of March 2019, when the United Kingdom is due to leave the EU. Almost everything will remain as status quo until the end of 2020, which will provide time for powers-that-be to negotiate on the future relationship between the UK and the EU. In the absence of this agreement, however, the UK will leave the EU in March, ending all regulatory and trading links instantaneously. Such a move could come at a considerable cost for Ireland and the UK as a whole.

How will this affect Ireland?

The EU Customs Union has set down certain rules that govern trading between the EU and the UK. One of the agreements is that goods can be traded freely across the single market. A common regulatory structure allows for the free movement of people, capital, goods and services.

If the UK leaves the EU, these two agreements would be nullified. That means that all future trade would be based on World Trade Organisation (WTO) rules. Free movement of goods would end between the UK and the EU, as well as between the UK and Ireland. Special import taxes or tariffs would be implemented on certain products, as would custom checks.

Common regulation between the UK and the EU would impact on many industries, including food, pharmaceuticals and aviation, to name a few. Business and trade could be affected in the short term while new arrangements are made and implemented. It would require additional checks near borders, which would affect trade in the long term.

Exports and imports to and from the UK would result in the EUregime being replaced by WTO rules. Approximately 12 % of EU exports to the UK, however, exports in the food sector rise to approximately 40%. When the rules change, these goods would immediately be subject to more checks and bureaucracy. There could well be disruptive delays, and special taxes and tariffs would be applicable to goods entering a country. This could be particularly damaging where food exports are concerned.

Goods transported to the UK market and approximately two-thirds of goods exported from Ireland cross the UK landbridge. Four new checks could be implemented, including when goods leave Ireland, enter and leave the UK, and when it enters Continental ports.

More than half of all beef exports go to the UK, and would be particularly exposed to a hard Brexit. More than 50% of their value would apply to several beef products, This would price many Irish exports out of the UK market. As such, producers would be forced to seek new markets, while some would operate from within the UK. This would lead to fewer exports, lower prices for farmers, and inevitably, job losses.

A hard Brexit would also impact on imports to Ireland. Since approximate 23% of Irish imports come from the UK, the supply chains of many businesses (especially those in chemicals and pharmaceuticals) would be disrupted.

Consumers will ultimately be affected. According to economists Edgar Morgenroth and John FitzGerald, who published a paper for the Institute for International and European Affairs, around two-thirds of products on Irish supermarket shelves are either imported from the UK, or move to Ireland via the UK landbridge. Products are often brought here from big supermarkets’ distribution centres in the UK. This could become impossible when a no-deal Brexit is implemented, or even due to trade barriers imposed after an organised Brexit, as all the different products would potentially require a range of checks.

A no-deal Brexit could disrupt the supplies of some items on our shelves in the short term. However, the entire sector could be shaken up in the long term, resulting in changes to the mix of products we have become accustomed to, as well as higher prices. According to a study by ESRI, a hard Brexit could lead to price hikes of 2-3%, resulting in consumers spending up to €1,360 more on their annual shopping bills. In the event of a no-deal Brexit, these cost could accrue even more quickly from March 2019.

BREXIT and the Aviation Industry

There’s talk about planes not taking off in the event of a no-deal Brexit, which might well hold true. The UK aviation industry currently operation under EU regulation, both for domestic flights and flights to international destinations. New arrangements would be needed if the UK leaves the EU suddenly in April 2019. If the details are not agreed upon in advance, flights between the UK and EU countries could be grounded temporarily – either for a few days until an agreement is reached, or longer, depending on the relationship between the two sides at that point in time.

The UK also forms part of the EU regulatory regime where the pharmaceutical industry is concerned. That means that pharma imports from the UK to the EU will be affected, and vice versa. A likely fallback will be stockpiling of vital drugs in both the EU and UK.

Can Any of This Be Avoided?

It’s possible that some of these issues can be avoided with the proper planning in terms of regulations that would allow planes to continue flying. However, neither of the two sides has the power to change international trade regulations.

Perhaps one of the best solutions would be for both parties to agree and that the exit could take longer than initially anticipated. This would be possible if the UK as well as all twenty-seven of the remaining member states agreed.

Ireland’s Department of Finance estimated that a hard-Brexit could result in 40,000 job losses and the GDP lowering by 4.5% in ten years’ time even if there is a transition deal. The Government also commissioned the Copenhagen Economics consultancy firm to perform another study, which estimated that by 2030, a hard-Brexit could lower the GDP by 7%.

A no-deal Brexit would bring all changes in a short timeframe, as well as the risk of more costs during the transition years. If it happens in March 2019, it would hit growth immediately , which would threaten existing tax and economic forecasts for the next year.

According to Taoiseach Leo Varadkar, the Government would not under any circumstances countenance the return of a border on the island. However, many experts believe that there would be no option but to reimpose the border in the event of a no-deal Brexit, as it would facilitate the checking of goods entering the EU market and control smuggling, which is an important issue.

← Are we heading towards a Global Financial Crisis 2.0? (previous entry)
(next entry) New and developing trends in the Global Economy →
© Copyright - Cathedral Financial Consultants Ltd<
By continuing to use the site, you agree to the use of cookies. For more information, see our Privacy Notice Accept
Privacy & Cookies Policy
Necessary Always Enabled