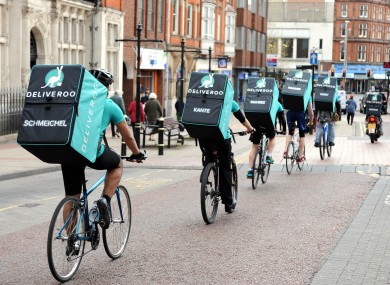 The Employment (Miscellaneous Provisions) Act has just come into effect in Ireland. It is one of the most important changes in dealing with employment protection to be promulgated in this country for several decades. It provides greater support for people who have casual or precarious employment arrangements.

In accordance with the new legislation, zero-hour contracts are restricted. Employers have five days from the start of the employment contract to supply any new employee with information on the terms of the contract. The terms must include the number of hours per day and per week that the employee must work.

Where the employees do not have contracts with detailed weekly hours, the legislation allows them to work within a range of hours based on the number of hours worked in the prior year. How this works is that an employee that has, for example, worked an average of eight hours a week in the previous year should receive between five and ten hours per week. One who has worked for four hours is entitled to between three and six hours per week.

If workers present themselves at work and are sent home, they are nevertheless entitled to compensation. The legislation also simplifies the minimum wage rates for trainees and younger people, and it offers protection for employees who demand their rights. It bans the use of trainee rates, providing for an hourly rate of €6.86 for under 18’s. Anyone over 20 who starts working for the first time must be paid at least €9.80 per hour, the national minimum wage. The Organisation of Working Time Act, introduced in 1997, already prohibited zero hours contracts under most circumstance according to the Department of Employment Affairs.

A department spokesman said that zero-hour contracts are not extensively used in Ireland. In the interest of flexibility, the department would not ban zero-hour contracts. These contracts may still be used where employers must cover emergency situations, cover for short term employee absenteeism and place people where the work is indisputably casual.

Such situations are fairly common in the home care arena where staff members sometimes need to take residents to clinics or hospitals on short notice. In such cases, a replacement was required. Similarly, in schools, substitute teachers were often required to take the place of absent members of staff.

The Minister of Labour said that the new law would “profoundly improve the security and predictability of working hours for employees in insecure contracts” He said that the government had consulted extensively before passing the legislation. The result is fair and practical legislation that balances the needs of both employees and employers.

Patricia King ICTU General Secretary said that the new legislation helped to put an end to the power imbalance in the employment relationship. The Union had campaigned for the changes in labour legislation as some employers had been taking advantage of these contracts, using them to discipline and punish workers. She said that zero-hour systems had no place in a modern economy as its humiliated workers and made it nigh impossible for them to budget or plan.

The employees of courier company Deliveroo with the support of Communities Against Low Pay recently protested in Dublin. Several of the cyclists employed by the company had complained about the lack of security in their contracts. They were unhappy about the new contracts that lowered the delivery payment. There have also been several assaults in the city recently and they wanted protection.

Communities Against Low Pay advises that all workers should join a union to protect their rights, prevent exploitation and ensure decent working conditions.

← Congratulations To Our Six Nations Competition Winner (previous entry)
(next entry) Economic Outlook by Dr. Constantin Gurdgiev →
© Copyright - Cathedral Financial Consultants Ltd<
By continuing to use the site, you agree to the use of cookies. For more information, see our Privacy Notice Accept
Privacy & Cookies Policy
Necessary Always Enabled