What is Inheritance Tax Relief? 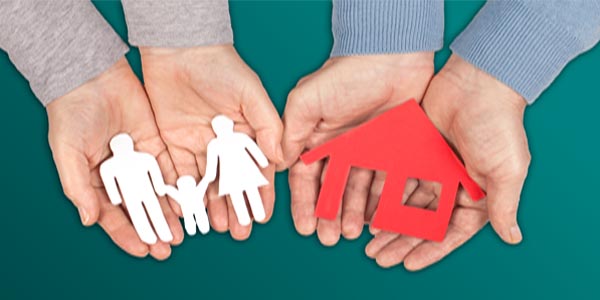 In the past “estate planning” was something we believed to be only for the elite, very few wealthy individuals and their families in our society. However, this is no longer the case. Despite the recent downturn in the economy, it is still important to protect estate values. Reductions in the tax free thresholds, together with increases in the capital acquisitions tax rate, have resulted in more and more people who previously did not have to give consideration to this area now needing to do so.

THRESHOLDS
Thresholds have also been dramatically reduced. For example, the Group 1 threshold from parents to children was €521,208 in 2008 but is currently €310,000 since 12th October 2016. The relief given is that the proceeds of policies affected under Section 72, are exempt from Inheritance Tax, in certain circumstances, to the extent that they are used to pay Inheritance Tax, arising from the death of the policyholder.

SECTION 72
Section 72 of the Capital Acquisitions Tax Consolidation Act 2003 introduced a relief on the proceeds of certain life assurance policies used to pay inheritance tax. The relief is sometimes referred to as ‘Section 60 Relief’, after the relevant section of the Finance Act 1985 which originally introduced this relief.

ARRANGING THE COVER
Most Section 72 policies are issued on a joint life last survivor (second death) i.e. the sum assured becomes payable only on the 2nd death of a couple. Joint life last survivor Section 72 policies can only be affected by legal spouses. This type of policy is suitable where spouses have wills which will leave everything to each other on the first death and then onto their children on the death of the last survivor of them. In this case, the inheritance tax liability will not arise until both parents have died. Any excess or surplus proceeds of the policy, not used to pay the Inheritance Tax are treated as a separate taxable inheritance in the hands of the beneficiaries.

TRUST
We would recommend that the Inheritance Tax Plan be arranged under Trust.

The advantages of this are:

INCOME TAX ON AN ARF
The Section 72 relief referred to above was extended by Finance Act 2005 to cover the 30% tax liability on ARF monies inherited by a child over 21.

HOW INHERITANCE TAX RELIEF WORKS
Gerry’s parents die in 2019 and leave him and his 3 sisters (4 children altogether) an estate valued at €2,000,000 or €500,000 per child. The tax exempt threshold for a “parent – child” relationship is €335,000. Assuming Gerry and his sisters received no other gifts/inheritances they are liable for Capital Acquisitions Tax on the balance of the state, i.e. €660,000. Since the tax rate applicable is 33%, this amounts to an inheritance tax liability of €220,000.

SOLUTION
Inheritance Tax Relief is a lot more competitive than you might think!!

If Gerry’s parents had an Inheritance Tax Relief Plan in place, then the proceeds from this policy would be exempt from inheritance tax in so far as they are used to pay this tax bill. Such prudent tax planning not only saves Gerry and his sisters from a substantial tax bill at a difficult time but may also avoid the need to sell the inherited asset to pay such a bill.

← Are you financially fit for your future? (previous entry)
(next entry) 7 Steps for employers to stay onside with the law →
© Copyright - Cathedral Financial Consultants Ltd<
By continuing to use the site, you agree to the use of cookies. For more information, see our Privacy Notice Accept
Privacy & Cookies Policy
Necessary Always Enabled