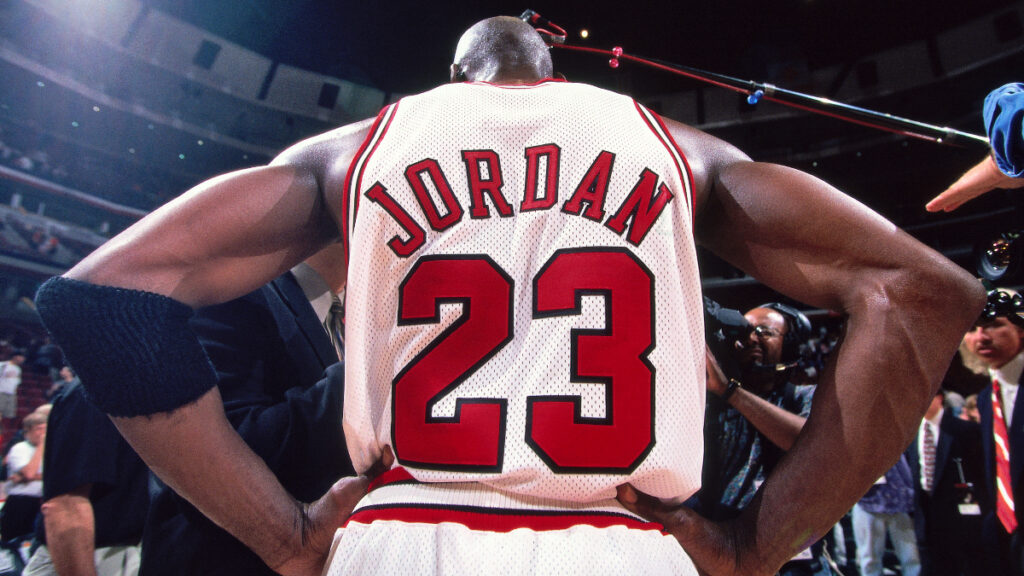 As a child I was huge Michael Jordan fan, as were many other sports fans. For me he is the absolute epitome of mental toughness.

Right now, I am partway through a series that documents Michael Jordan’s last basketball season with the Chicago Bulls. The Last Dance is a great documentary even for those who are not basketball fans. The series offers you a view into the life of one of the world’s greatest competitive sportsmen ever.

Many believe that Michael Jordan is the best player of basketball in the history of the game. He won every one of the 6 NBA finals that played in. Other basketball icons like Magic Johnson, Lebron James, Kobe Bryant and Larry Bird have all lost at least one championship game.

Many people see Michael Jordan as the epitome of mental toughness. There was no stopping him. He was a legend. One great story that lives on is the 1997 NBA Finals where he played a major role in the game despite having a stomach bug. If you’ve ever had a stomach bug, you’ll know that it lays you low. Despite being ill Jordan showed up and during the course of the game managed to score 38 points. There are few healthy players have can boast even one game where they scored as many points.

Michael Jordan’s life was beset by challenges and distraction which would have set back a lesser sportsman. And he was not just physically talented, what set him apart was his mental toughness.

The concept of mental toughness has not been around for long and has origins in professional sports. Around twenty years ago the concept started to draw the interest of the scientists.  In a paper published in the Journal of Applied Sport Psychology in 2002, Graham Jones, Sheldon Hanton, and Declan Connaughton defined mental toughness as: “Having the natural or developed psychological edge that enables you to: generally, cope better than your opponents with the many demands (competition, training, lifestyle) that sport places on a performer; specifically, be more consistent and better than your opponents in remaining determined, focused, confident, and in control under pressure.”

The references to mental toughness maybe new, but the concept has been around for more than 2000 years and goes all the way back to the Stoic Roman emperor Marcus Aurelius.

The concept of mental toughness originated from the world of sports. Michael Jordan was a perfect example of an athlete who could perform well even when he was pressured. No matter the circumstances, he was never distracted and did what he had to do. This becomes abundantly clear in the documentary.

So how does the man in the street develop the type of mental toughness demonstrated by Michael Jordan. The ability to perform well in a pressurised environment is something that all of us can do with. This year has not been easy, living though lock down brought on by the pandemic has resulted in a fast-changing global environment with uncertain outcomes that all of us must deal with. Mental toughness can ensure that we perform consistently when the going gets tough.

In watching Michael Jordan in the documentary, I realised that what he did was very similar to the Stoic concept of “indifference to indifferent things.” Jordan’s talk brought to mind the words of the Stoic Roman emperor Marcus Aurelius. He kept a journal called Meditations in which he wrote: “To live one’s life in the best way: the power to do this resides within our soul, if we are capable of being indifferent to indifferent things.”

This is the first law of Stoicism. According to the Stoics you should worry only about those things that are important to you. Remain indifferent to the feelings and circumstances that are obstacles to achieving your dreams. These are just noise and should not detract you from your mission. Marcus Aurelius as a Stoic had as his life’s objective the moral good that the Stoics pursued. Michael Jordan would not be distracted from anything that got in the way of winning the championship.

It’s easy to practice. If something is important you pay attention and do what has to be done. If it is unimportant get on with your life. Since all of this revolves around what is important and what is not, you can only start to practice this if you understand your priorities. Personal goals are a prerequisite for mental toughness.

You must have a set of core values. This presumes that you understand yourself allowing you to focus on the things that are important and ignore the rest. Right now, all of us face daily challenges so it should be easy to find ways to practice the ancient art of indifference. Keep practicing and you should soon start to see a change in the way that you think. You’ll know when you are starting to develop mental toughness when your actions become predictable and consistent.

← 6 Secrets of highly motivated people (previous entry)
(next entry) Budget 2021: The Covid-19 Budget →
© Copyright - Cathedral Financial Consultants Ltd<
By continuing to use the site, you agree to the use of cookies. For more information, see our Privacy Notice Accept
Privacy & Cookies Policy
Necessary Always Enabled